Crowdfunding tips for launching a successful Indiegogo or Kickstarter campaign 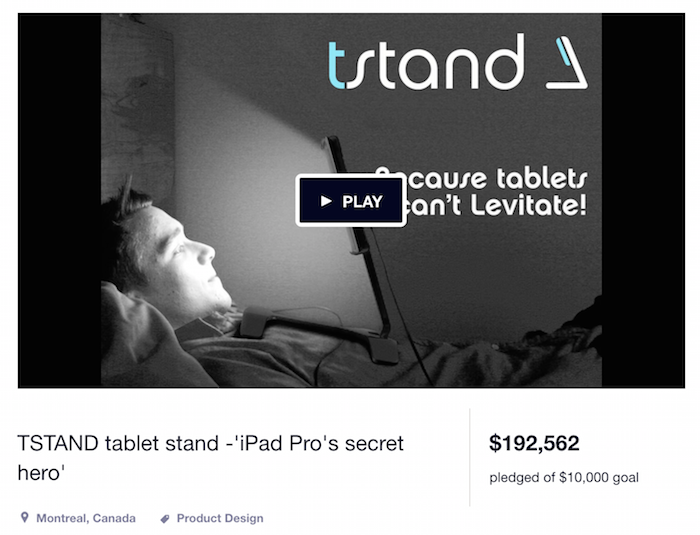 We launched a Kickstarter campaign for Tstand, an iPad bed stand, in the fall of 2015. Our goal was to raise $10,000 to pay for a portion of our production tooling, but in the end we managed to raise $192,562, a whopping 1925% of our goal. Eight months later, we’ve learned a lot about crowdfunding as well as on launching a new, unconventional product from A to Z. We’ve decided to share some of the things we learned so that anyone launching a crowdfunding campaign, whether it be on Kickstarter, Indiegogo, or another medium, can be better prepared. Here are some crowdfunding tips for launching a successful campaign:

Getting press isn’t as hard as it seems

In terms of crowdfunding tips, this is a game-changer. One of the biggest reasons we were 1925% funded was thanks to the press. Getting press is by no means a small task, but it’s not as difficult as you may think. If you have a product or a goal that people are genuinely interested in, then you’re already off to a great start. The more press we got, the more we were convinced that we had something people wanted. If you can’t get anyone to write about you at all, it is a strong indicator that maybe you need to reevaluate some areas of your project.

Takeaway: Don’t blast journalists or PR reps with lengthy emails about your project. You are wasting their time AND yours. Don’t just tell them about it, sell it to them. Give your project a real, engaging story. In three sentences or less, tell them why they need to write about it. Find a unique angle and make sure you’re reaching out to the most relevant journalists – i.e. they have previously written about crowdfunding campaigns in your project category or they write articles specifically within your project’s niche. Don’t waste time blitzing any and every journalist you can find on the web. Do your research: read their past work, stalk them on social media a little, tweet at them for their email, and when they give it, reach out with your short, concise pitch. If they don’t respond right away, follow up in a few days. If they still don’t care, ask yourself why. Maybe reevaluate a few things – or at least don’t rely on press as your primary source of funding. This PR method has landed us on Gizmodo, Engadget, iMore, Cult of Mac, 9to5Mac, DailyMail and more.

Have a solid plan for quality control

We traveled to China several times prior to and throughout our Kickstarter campaign to ensure that production tooling, materials, and the manufacturing process were meeting our standards. Our manufacturer in China was highly compliant when producing the first 5,000 units, likely because we were present in the production facility. However, we noticed an obvious drop in quality for orders placed post-campaign, when we were no longer physically present. About 10% of units were being rejected for defects ranging from hairs or fingerprints on the paint to noticeable scratches.

Takeaway: Build a strong relationship with your manufacturer, whether it be local or overseas, but don’t get too comfortable. In the end, it will be your manufacturer’s employees handling your product. To maintain quality control standards, we suggest you try to be as present as possible throughout the manufacturing process or hire someone trustworthy who can be. The last thing you need is to deal with defected products which result in costly chargebacks, return shipping costs, complaints publicly posted in your Kickstarter campaign’s comments, and negative word-of-mouth publicity from unsatisfied backers.

This mistake stabbed us in the back more than anything. Prior to launching our Kickstarter campaign, we contacted FedEX via our Chinese manufacturer to ask about bulk shipping costs. We hadn’t yet designed Tstand’s packaging, but we were pretty confident about the dimensions and weight we had estimated. FedEX quoted us a price that sounded reasonable. We didn’t question it since we trusted FedEX and had tons of other areas of the campaign to finalize. When it finally came to shipping our 5,000 units, the price literally doubled. Apparently, if we wanted to secure the discounted price that had been originally quoted by FedEX, we would have had to apply for it three months in advance. We had promised our Kickstarter backers $9 shipping that we could no longer fulfill. Informing them that the shipping price had doubled would have been chaotic, especially since our project was already delayed due to considerably higher-than-expected pledges. For that reason we took one for the team and sacrificed at least $50,000 for this for the surprise shipping cost. 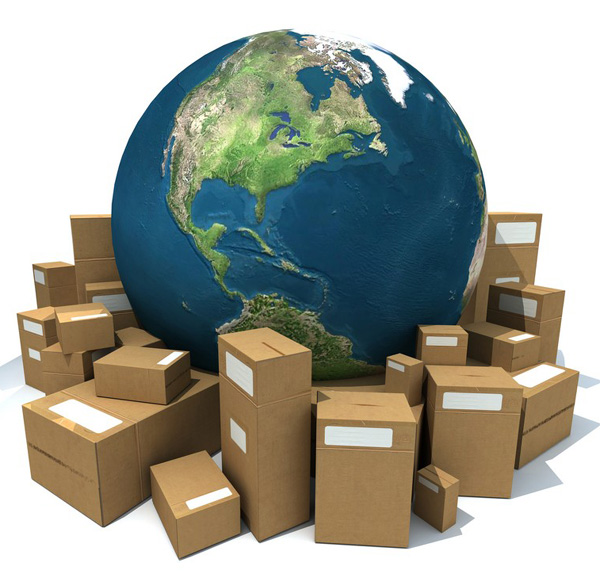 Takeaway: Avoid guesstimating your shipping costs because it could cost you. Ask as many questions as possible when requesting a shipping quote and make sure that they email you a copy for proof. If you haven’t decided on your packaging yet, add at least 3 inches to the length and width of your product and estimate the extra weight in a well-calculated manner. If your product is fragile, consider the fact that your packaging will need to be higher quality. Also, don’t let your backers push you around. On Kickstarter, pushy backers want free shipping like Amazon Prime. Tell them that it’s not a wallet or multi-tool (unless of course it is a wallet or multi-tool) and let them know that it’s a high quality product worthy of great packaging.

Design product with ease of manufacturing in mind

Tstand has several individual components that add steps to the manufacturing process and limit the efficiency of production. This adds to the cost of producing each unit which in turn gets absorbed into the final price. For a non-electronic product, consumers will assume that it costs pennies to make in China. Unfortunately, that is usually only the case with products mass-produced by corporate giants. You must also consider ease of production when you’re thinking about packaging. Tstand weighs just own one pound, so it requires sturdy packaging to avoid any damage during shipping. Quality packaging is expensive and adds significantly more weight and volume to shipments – making it a bit more costly. 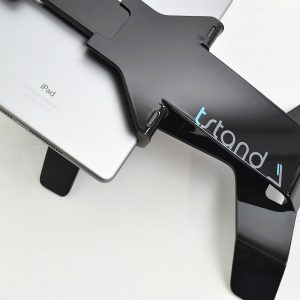 Takeaway: If possible, avoid crowdfunding large items that are complicated and costly to produce, package, and ship. Unless demand is HUGE for your innovation and your target market is willing to pay a premium price. Most people understand what they are getting themselves into when it comes to backing a crowdfunding campaign.

Be transparent & harness the power of word-of-mouth

If your product is unique and functions just as advertised, your crowdfunding backers will be proud to talk about it. Indeed, every time a batch of Tstands arrived at their destination, we would see a spike in sales. We also noticed that Kickstarter backers begin to lose hope if you don’t update them frequently (especially if you’ve gone beyond your initial timeline). This was actually one of our weaker points throughout the Tstand campaign. Because we were so busy managing individual backer queries and the quality of production overseas (among other things), we did not update the community at large as often as we could have.

Takeaway: Frequent updates and transparency makes for a happy group of backers! But how do you manage that when you are busy overseeing development, quality control, shipping plans, public relations, customer service, etc.? To try and avoid any unpleasantness, first try to avoid making promises that you might not be able to keep. If you do over-promise (don’t worry, it happens a lot), reassure your backers with project updates that honestly detail where you’re at with your project. Let them know that you’re working around the clock to get the product to their doorstep as soon as possible.

Underpromise what you can’t guarantee

This is particularly true for your project timeline. In most cases, delays are inevitable. Whether it’s your first project or your 10th, your project’s success is likely dependent on certain factors that you can’t fully control. In our case, we promised delivery in December 2015 and our units only started shipping in April 2016. To this day, certain customers have still not received their Tstand. Why? For one, our campaign exceeded our anticipated production volume. Secondly, due to the inaccurate shipping quote we received, we could only afford to ship by cargo which takes roughly 4 to 6 weeks. To make things worse, Canada Post’s BC customs is backed up by 30 days, a delay that we never could have foreseen. 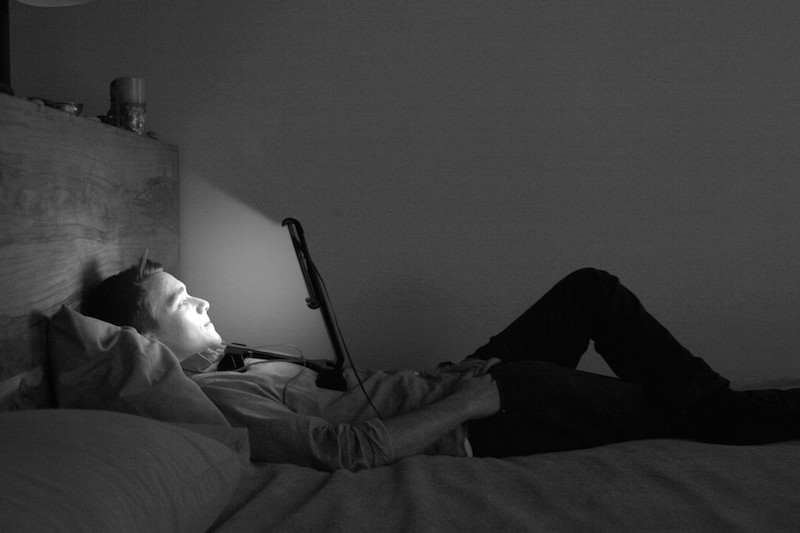 Takeaway: Under-promise anything that you can’t guarantee, such as your projects time to completion. You’re better off delighting your Kickstarter backers with an unexpectedly early delivery than disappointing them with a delayed delivery. Remember: complaints speak louder than praise.

For obvious reasons, we desperately wanted to rank on the first page of Google for keywords related to ‘iPad holder for bed’. Our obstacle was trying to get ahead of highly reputed domains like Amazon, eBay and Best Buy, in addition to established blogs with hundreds to thousands of pages. Another big problem was that most of our press mentions / backlinks were linking to our Kickstarter campaign instead of to our domain. Directing potential supporters to Kickstarter was beneficial at the time, but post-campaign, we were missing out on traffic opportunities as well as tons of high value backlinks.

To overcome this, we reached out to journalists who had written about Tstand and kindly asked them to update the Kickstarter link with our domain. Some did, others didn’t. It’s a work in progress. We also hired a blogger who could start blogging regularly in order to update our site with fresh content on a continual basis. 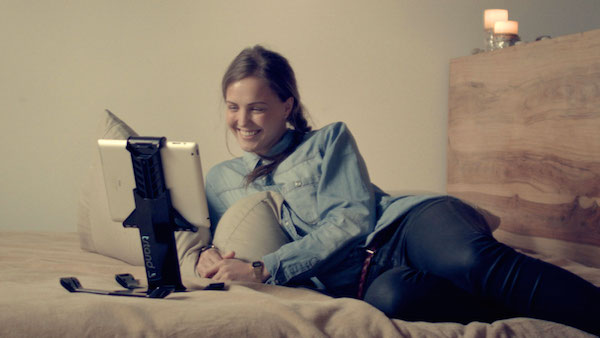 Takeaway: Take advantage of opportunities for organic sales by optimizing your site for search engines. Many startups lack a solid advertising budget and in those cases, SEO could be a lifesaver. If your primary keywords of interest are dominated by huge, well reputed domains, consider a content marketing strategy where you could pull in potential buyers via some less competitive keywords. You may not be able to immediately rank on the first page for your primary keyword, but in the meantime you can rank on the first page for other, less specific but nonetheless valuable keywords.

What the future has in store for us

Despite these hurdles, we learned so much from launching a crowdfunding campaign. We were able to pay for Tstand’s production tooling and we more or less broke even. Our current goal is to get Tstand on Amazon as soon as possible, since this is primarily where our target market is making their online purchases. Because fulfillment has been our weakest link so far, handing it over to Amazon might be the best idea at this point in our product’s journey. The downside is that selling internationally through Amazon’s FBA program is a pain. Shipping units to Amazon fulfillment centers worldwide and opening Amazon Seller accounts in several countries can get a bit confusing. For that reason, we will start selling on Amazon U.S. while continuing to fulfill international orders from the online store on our website.

We hope these crowdfunding tips help you or your business launch a successful campaign! 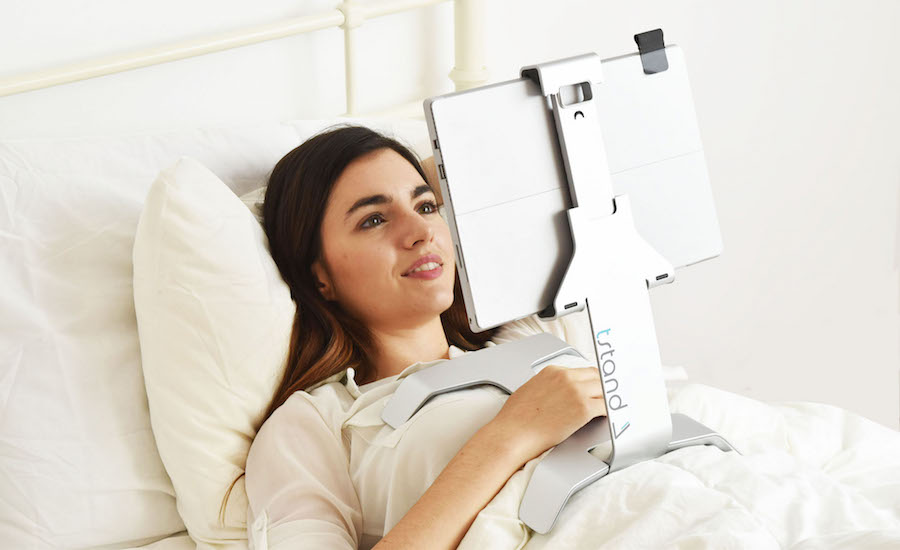